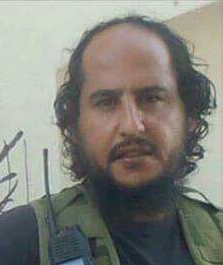 The Libyan National Army lost four dead and 21 wounded in heavy fighting yesterday in Ganfouda as they claimed to taken three large blocks in the district, though they admitted that they had withdrawn from one area for “ tactical reasons”.

One of  the dead was a senior Saiqa Special Forces commander Mustafa Noah Al-Abdali. Another was army engineers’ spokesman Abdullah Al-Tuwati, who was killed by a land mine.

Heavy fighting continued this morning as soldiers attacked the surrounded enclave from all sides, including more naval fire from offshore.

A car bomb launched toward troops was destroyed yesterday before it reached its target. The biggest advances appear to have been made in the Busnaib area where one recaptured location was a large wedding hall.

Artillery fire and air strikes have continued today. LNA sources are insisting that the Benghazi Revolutionaries’ Shoura Council fighters and their terrorist allies from IS and Ansar Al-Sharia are the verge of defeat. The China buildings make up one of the key positions from which the militants have still to be driven.