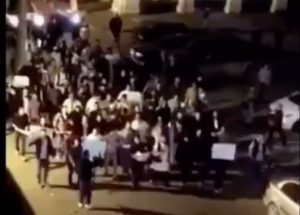 The gang rape of a women in Tripoli by members of a militia which was videoed by one of them and has since been posted on social media has created a growing tide of revulsion across the country. There were demonstrations in Tripoli yesterday afternoon in Algeria Square and then in streets in the evening demanding punishment for the rapists and the restoration of law and order.

There have been further protests today, with hundreds of demonstrators marching to the centre of the city, calling for justice for the woman and on others to join them.

Responding to the growing anger, the Presidency Council has promised retribution for the rapists and anyone else involved in the attack, describing them as “human wolves”. It says it has ordered the Attorney General to urgently investigate the case. It was a “heinous crime” that went against Libya’s values, religion and culture and those involved deserved the full penalties of the law.

In Tarhouna, where the woman originally comes from, militiamen have threated to attack Tripoli in revenge if those involved were not handed over by today.

The video was posted three days ago on its Facebook page by the Tripoli Revolutionaries Brigade. It says it found it on the mobile phone of the commander of the Al-Awashr Brigade, Salah Hubaishi, whom it killed when it seized the Arada camp (Camp 77) a fortnight ago. It says that it is holding two of those involved in the rape. They are said to be members of one of the militias that were part of the Benghazi Revolutionaries’ Shoura Council (BRSC) which had fled to Tripoli.

Public anger, though, is directed at all militias in Tripoli. The incident is coming to be seen in public minds as representing the rape of Tripoli itself by the armed groups, regardless of where they come from. Today’s demonstrators called for an end to all the crimes carried out in the city by militias and for those involved to be punished. 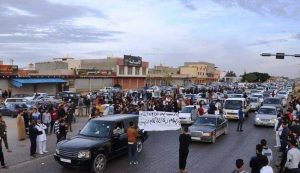 Yesterday’s protests in Tripoli’s Algeria Square, attended by men as well as women, demanded an end to all militias and the restoration of the rule of law. They said their action would continue until the militias were abolished.

At the evening protests, demonstrators chanted “Andkum Wliaya?” (‏‏‫عندكم ولاية‬‏؟ – Don’t you have women in your family?) which is what the raped woman said to her attackers.  A twitter site ‏‏‫#عندكم_ولاية‬‏ has now started.

Responding to the incident, the head of the Libyan Council of Notables, Mohamed Al-Mubshir, said that those involved had to be publicly punished, although he did not say what te puishment should be.  There are reports, though, that some members of the House of  Representatives are now demanding a mandatory death sentence for rape.  At present it is an imprisonable offence.

Noticeably, there has been no comment from controversial grand mufti Sadek Al-Ghariani.

He supports the BRSC of which the rapists are allegedly members.

For its part, the Tripoli branch of the Libyan Women’s Union says that it holds all security organisations in the country responsible for the rape because they are interested only in men’s honour and have been responsible for the collapse of security where a woman can be raped by any man with impunity.

In a statement, UNSMIL tweeted that it joined women’s organisations across the country in condemning the incident, reminding Libyans that rape was a grave violation of human rights.

The revelation about the incident and now the protests come as a 16-day campaign against gender-based violence organised across the country by the Libya office of the United Nations Population Fund (UNFPA) comes to an end. 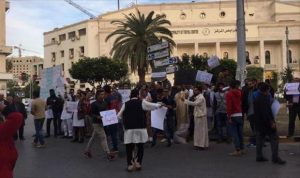