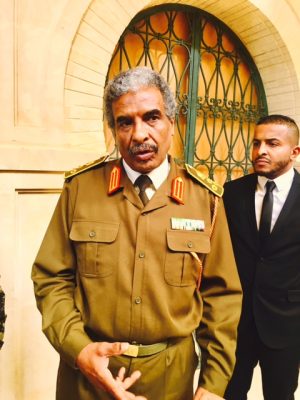 A number of countries attending a two-day conference and series of bilateral meetings which started in Tunis today indicated their willingness to help the Presidency Council’s fledging Presidential Guard (PG) develop into a functioning military force.

The event was attended by the head of the PG, Colonel Najmi Al-Nakua, supported by PC members Ahmed Maetig and Fathi Mabri. Also present was UN Special Envoy Martin Kobler, Arab League Special Envoy Salaheddine Jamali and diplomats and special envoys, including military attachés, from more than a dozen countries. These included Canada, France, Italy, the Netherlands, Turkey, the UK and the US.

The foreign countries looked at how to help train and support the PG within the constraints of the present UN arms embargo. According to diplomats attending, it was explained that 580 soldiers had already been selected for the PG but that another 900 had to be chosen, plus 160 police officers. However, questions as when the PG would be ready for deployment were left unanswered as was the question who was the head of the Presidency Council’s armed forces.

The 580 were drawn from those Libyan soldiers who had been on training courses in the UK, Italy, Turkey and elsewhere.

Part of the discussions focussed on why the international community was be willing to support the PG when there had been no international support for the Bunyan Marsous operation against the so-called Islamic State.

Following the main conference a series of bilateral meetings on specifics of support began between the PG and individual states.

This was due to continue tomorrow, Wednesday.

Questions were also asked why the international community would be willing to support the PG when it had failed to support the Bunyan Marsous operation against the so-called Islamic State in Sirte . 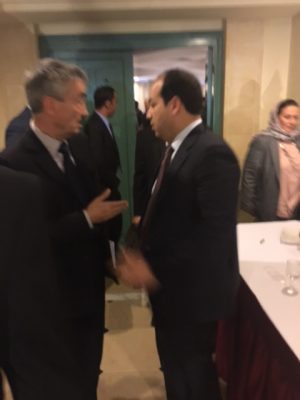