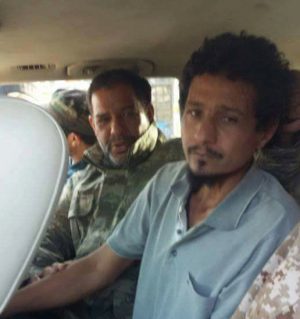 The terrorist enclave in Benghazi’s Ganfouda district is reported to have shrunk to a few blocks as the Libyan National Army claims continued progress. But today’s advance cost the lives of three more soldiers and a number of wounded including another army commander.

However, at least five terrorists were said to have been killed, including Marwan Al-Fezani, a former Ansar Al-Sharia commander from the city’s Leithi district who subsequently joined IS. Another militant, Akreem Al-Gabali, described as a IS policeman, was captured by troops when he was hiding in a water tower.

The army dead were from the 309 Tobruk Brigade and the injured officer was Marine infantry commander Faiez Al-Saal.

Troops have been delayed by booby traps, some of them inter-linked. Such devices were found in some number two months ago on the Garayunis campus of Benghazi University. It was for this reason that sources said it was not possible to retrieve the body of a member of 210 Brigade for three days because of a second unexploded booby trap close by.

In the last 48 hours the LNA has found vehicles hidden in buildings which were abandoned by the terrorists. Some of them were armoured and one bore the sign “Islamic Police”. Troops also discovered more stores of food, which may have been looted from the Customs compound. One army source said that either the terrorists had been hoarding foodstuffs for themselves or reports of starvation among those trapped within the Ganfouda enclave were inaccurate. There has been no official statement today about any more civilians fleeing terrorist positions. 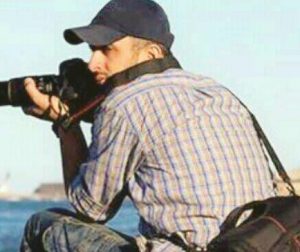 A picture said to be of Palestinian photographer Rami Youssef

Meanwhile, there are unconfirmed reports that a Palestinian alleged to have been an IS photographer has died in custody at Granda prison, 25 kilometres east of Beida. It is claimed that Rami Youssef was detained by LNA forces at Labraq airport. He is supposed to have been based in Derna where he was recording executions. It is not clear when he was arrested nor how he died.