LNA faces snipers and IEDs as its squeezes Ganfouda enclave 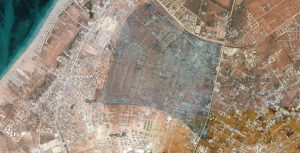 The Libyan National Army found six imprisoned former members of Qaddafi’s army when they took a building in street fighting in Benghazi today, during which two soldiers, who were brothers, died.

Lieutenant Munir Mustafa, an airforce pilot, and his soldier brother Moutaz were killed in Ganfouda in circumstances which are unclear.

The LNA said that it had now taken the last part of Busnaib, an area of largely open ground to the east of the Ganfouda district where the remaining militants are trapped. An army source said that the advance had continued to be hampered by snipers, land mines and IEDs. He added that there was a reluctance to cause civilian casualties in an all-out attack so soldiers were moving house by house with only limited backup from artillery.

The number of civilians trapped in the terrorist enclave is still unclear. LNA offers to let non-combatants through its lines have been rejected because the army insisted everyone leaving be identified and searched. The LNA also refused the allow any evacuation by sea.

Human Rights Watch and UNSMIL chief Martin Kobler last year expressed concern at reports of civilian starvation and deaths from airstrikes and shellfire. However in November, LNA troops produced pictures of store rooms which they said showed they had been packed with provisions. 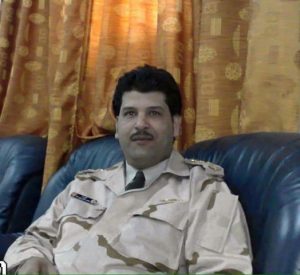 The six former Qaddafi soldiers are thought to have been taken by the terrorists from the military police prison in Bouhdima where some had reportedly been held since 2011. One of the men,  Mohammed Saleh Al-Warfali was, according to a cousin posting on social media today, kidnapped in Tripoli in 2012.