US bombs IS camps near Sirte; dozens claimed killed 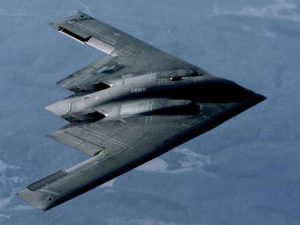 US airstrikes are said to have killed dozens of fighters from the so-called Islamic State (IS) at two camps 28 miles southwest of Sirte last night.

The precision airstrikes, carried out in conjunction with the Presidency Council’s Government of National Accord (GNA), targeted a number of IS terrorists who fled Sirte after being ousted last December, according to Pentagon Press Secretary Peter Cook.

“While we are still evaluating the results of the strikes, the initial assessment indicates they were successful,” Cook said, adding that the operation had been authorised by President Barrack Obama because IS individuals continue to pose a security threat to Libya, the wider region and US national interests.

As well as unmanned aircraft, a number of B-2 bombers as well conducted the strikes. They flew a 34-hour round trip mission from the Whiteman Air Force Base in Missouri.

Almost certainly the final military act ordered by Obama, Cook nonetheless said that the US would continue to support Libyan efforts to eliminate terrorist groups. The aim was to protect civilians and prevent IS from establishing a safe haven in the country, he explained.

Sirte had been held by IS militants from May 2015 until they were finally smashed at the beginning of last month by Misrata-led Bunyan Marsous (BM) units. Significant numbers, though, managed to escape to the desert nearby. Prior to victory being declared in the town both BM commanders and officials in Misrata spoke about this, warning that fighting would have to continue until the remaining militants were either caught or killed.

The United States Africa Command (AFRICOM), which had carried out some 500 airstrikes since 1 August on the terrorists’ positions in Sirte in support of the BM land offensive, announced on 20 December it had concluded the operation. However, it is understood US surveillance had been watching the militants for a few weeks now, with Obama giving his approval to the strikes a couple of days ago.