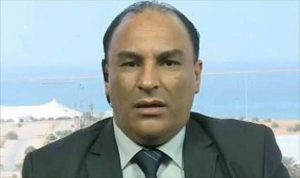 Sirte’s mayor has complained of a complete lack of interest in his town’s fate by the Presidency Council.

Mukhtar Al-Madani said today that in the 40 days that he had been in office, he had received no support from the government in Tripoli.

He warned the conditions in the battered town remained grave as families tried to return. Madani said that explosives and ordinance that still littered the city were a particular cause of concern.  He wanted more assistance both internationally and local to help clear up the dangers.

The town is also struggling to bring the main hospital, the Ibn Sina back to life. It was the  scene of heavy fighting in August when IS terrorists sought to make a stand in the building itself and the immediate area. As a result the hospital was heavily damaged. It had already been looted as terrorists took away emergency equipment for use in the field hospitals they had set up further behind their lines. Last March IS gunmen kidnapped 20 doctors and nurses, most of them foreign nationals, to help treat their wounded.

Yesterday. Ministry of Health officials from Tripoli inspected the hospital. A month ago the international community gave $7.6 million from its Stabilisation Facility for Libya but it is unclear how these funds are being allocated and spent.

There is real pressure in the town, not just from mayor Madani, to get Ibn Sina back up and running.  The hospital, which was also badly damaged in 2011 during the Revolution, not only serves the town and surrounding region but was also once operated an important medical school.