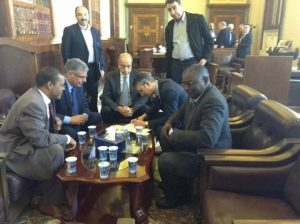 Enka is to restart work in February by conducting a survey of the site which is expected to take 3-4 weeks. The Turkish contractor is then expected to start actual work on the project by sending a complete team.

The Obari gas-powered station consists of 4×160 turbine units which would give a top production capacity of 640 MW. Over 90 percent of the work at the power station is complete, but frequent security breakdowns in the region have led to stoppages and delayed final handover.

This is not the first time that an announcement has been made that work on Obari would restart.

The foundation stone for the project had been laid in 2010 but work had to stop during Libya’s 2011 revolution. Work recommenced in 2013 but was again interrupted due to local fighting between Tebu and Tuaregs. 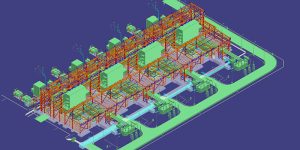 This latest attempt at restarting the project involved GECOL, the Central Bank of Libya, members of the House of Representatives and leaders of the region’s Municipalities and the chairman of Libyan Airlines.

Besides security, Enka had insisted on regular flights from Obari airport and the operation of the local hospital. The completion of the much-needed power plant will help solve the chronic power cuts that the south suffered recently as a result of the non-operation of power plants on the coast – which left the south in total blackouts for about a week.

The attempt by a foreign contractor to restart work on a stalled project in Libya will be viewed closely as a possible blueprint for the restart of other projects all over Libya – and especially so in Libya’s beleaguered electricity sector.