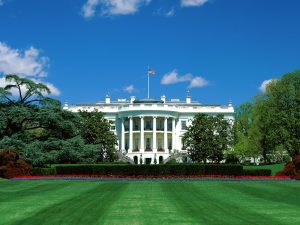 The first conference between Libya and the United States following the election of Donald Trump will be held on 16 February at the Ronald Reagan Building and International Trade Center in Washington DC.

It is looking to new partnerships with Libya, based on the new US administration, and will discuss future investments in the energy, infrastructure, banking and security sectors.

Featured speakers for the US are foreign policy advisor to the Trump presidential campaign Walid Phares and former Obama administration special envoy to Libya Jonathan Winer.

Speakers for Libya will be a mix between members of different factions in the country. They include Fawzi Farkash, who was appointed head of the Libya Investment Authority by the House of Representatives, and Ali Hebri, governor of the eastern Central Bank of Libya. Neither are recognised by the UN-backed government in Tripoli or the international community at large.

Others include the chairperson of Libyan Women’s Platform for Peace, Zahra Langhi, the chairman of the NOC Mustafa Sanalla and former prime ministers Ali Zeidan and Mahmoud Jebril.

The latter two have had close relationships with the US and major Western powers.

Entitled “Libya-U.S. Relations 2017: New Vision, Hope, and Opportunities”, the conference is organised by the National Council on US–Arab Relations (NCUSAR) and the Business Council for International Understanding.

How the UNDP is helping conflict-hit Obari