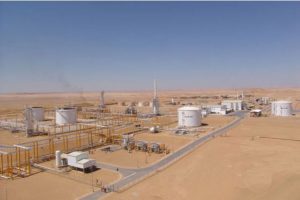 Two Libyan National Army (LNA) pilots were reported to have been killed when their helicopter crashed today in an operation against the Benghazi Defence Brigades (BDB) south of Sirte. The BDB claimed it had attacked the helicopter and is reported saying the two are dead. A third member of the crew is missing.  In what is reported as the last contact the helicopter had with ground control, the pilot is alleged to have said “we are under heavy fire”. Contact was said to have then been lost.

There were claims this evening, however, that one of the pilots, named as Mumin Al-Drissi, has been found alive.   This has not been confirmed.

For his part, LNA air force chief Major-General Saqr Geroushi has denied the helicopter was shot down.

It was involved in a series of airstrikes against a BDB convoy that heading towards the Mabrouk oilfield operated by France’s Total oil. An LNA spokesman has been quoted saying that there were at least nine air strikes on the convoy and that five of the militants were killed and 20 wounded.

The LNA’s helicopter squadron is usually based at Benghazi’s Benina air base.

Yesterday, two people were killed and another 13 wounded when the LNA launched air strikes on Jufra air base some 200 kilometres further south. BDB fighters have been based there, along with Misratan forces. It is thought that the BDB convoy attacked at the Mabrouk oil field today set out from Jufra air base.