New university to be established in Fezzan 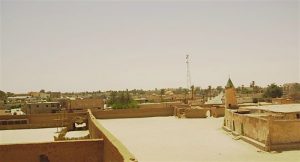 The Presidency Council has reportedly approved the creation of a new university for Fezzan.

In the announcement, signed on 15 February but which has only emerged now, the University of Fezzan will be based at Murzuk where there will be three faculties – economics, natural resources and nursing. Faculties of medical technology, of culture and education and of languages will be in Obari. In Traghen there will be a faculty of science and in Ghat a faculty of tourism.

All four towns are mainly either Tuareg or Tebu.

There already is a university in Sebha which, till now, has provided tertiary education for all of the south.

The new move is seen as a response to repeated complaints from the south that it has been discriminated against both in terms of investment and the supply of utilities, as well as political input. The sense of grievance was magnified when last month the south had to endure electricity cuts for days. It resulted in almost all the region’s members of the House of Representatives deciding to boycott the it in protest.

The boycott ended only a week ago, when the members decided that their complaints were being heard and the situation on the ground was improving.