The event was attended by hundreds and was organized by a group of students and sponsored by the Libyan Department of Antiquities. The exhibition also organized a series of discussion rounds including on modern art, visual arts and women, experimental arts, and the failure of filmmaking in Libya.

Asked by Libya Herald as to what was the inspiration for organizing the event, member of the organizing team, Aya Mohamed said that the ‘‘inspiration was when I met the local Habka youth comic/manga magazine family. I started with this magazine as a challenge to myself. I noticed that there is no support for them even on the social media! I tried with my friend to create a platform for these artists, but we didn’t make it’’. 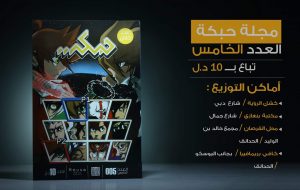 ‘‘Then I found an online arts programme called Arts of Libya which I did. They then called me to practice with a mentor for month and half. Then we set up the exhibition and started preparations for literally like 2 months’’.

‘‘There were 19 artists who exhibited or participated at Arra. As for the number of visitors. Gosh I didn’t accept that number. I was so nervous about it, but between 400 up to 700 visited in the 3 days’’. 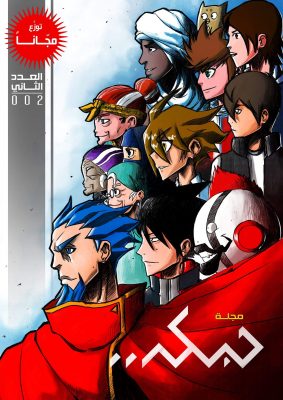 ‘‘I met awesome guys trying to work everything with a small budget and doing everything like literally with plan B ad to expect anything. I learnt how to lead and to give to people the positive vibes were the whole experience was an amazing feeling’’.

Asked about the mood of youth in the Benghazi and the east and their views of the current Libyan politics, Aya did what a good politician would do, and sidestepped the question. ‘‘As for the youth, to be honest, we are just trying to carry on without politics, skipping from reality to get into our own world with our dreams and trying to motivate each other’’

Nevertheless, asked if she was pessimistic or optimistic, she said that she was ‘‘optimistic after the Arra exhibition because I saw the power of team-work and of pushing each other. Allowing and getting the public see our exhibition was so pleasing’’

Asked about safety, and the ability to move about, travel, go out at night in Benghazi. ‘‘Benghazi is doing well alhamdulilam (thank god), but as a girl there’s a fear and limits to going out after like 10 pm. But overall we have to be optimistic and hopefully everything will be good’’.

Nevertheless, Aya ‘‘Well life is not easy here. I am not trying to be negative but prices is going crazy! The mood is of frustration to be honest, specially with the old people. That’s why you see civil society activity is becoming bigger here. It’s an escape from life’’, she explained.

Meanwhile, Salah, a visitor to the exhibition he was ‘’amazed how Benghazi is rising out of the rubble. Young men and women trying their best to bring back life into the youth of Benghazi, with a very strong message that we will not let the war destroy our City. I was absolutely surprised by the energy and enthusiasm of the attendees and organizers’’.