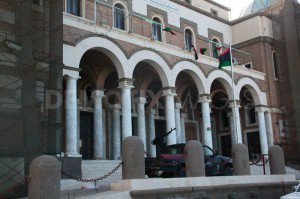 Former Central Bank of Libya spokesman Essam El-Oul has said that ill though-out interference in the bank’s public relations department by some officials was the main reason why he quit.

El-Oul told the Libya Herald that rivalries within the bank and a lack of understanding of the importance of public relations had led to a collapse of its ability to interact with the media. “There is a complete absence of any clear policy by the bank towards the media and it has led a massive divisions between the bank and society,” he stated.

“I think it was due to a loss of will and overlapping specializations inside the bank”, he said. “We submitted a number of proposals to deal with the issue, but unfortunately no one had ears to hear,” he added.

Insisting that he had quit of his free will, El-Oul said that some in the bank had then maliciously tried to make out that he had been sacked.

“A few hours after I submitted my resignation, an official close to the governor announced through the bank’s Facebook page that I had been dismissed,” El-Oul said, describing the move as “degrading”.

Asked if any of the armed militias had influence within the CBL, El-Oul refused to comment.

He says he now intends to write a series of articles about his six years as the CBL’s spokesperson and media office manager. However, a reliable source says that he has been offered a job with the rival central bank in Beida.

It is not known if he has accepted.

El-Oul was twice kidnapped during his time at the bank.  In neither case were the circumstances properly revealed.

Fezzan’s problems under spotlight in meeting with local MPs