Naseem dairies could close down within two months: Raied 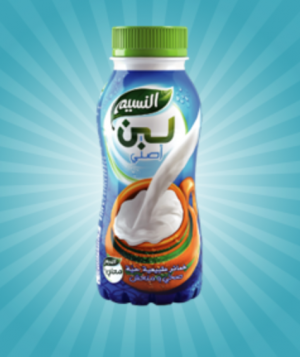 Libya’s main yoghurt and laban producer Al-Naseem, will have to cease production in a couple of months if it continues to be unable access new letters of credit (L/Cs) from the Central Bank of Libya its CEO, Mohamed Raied, has told the Libya Herald. It could even be sooner, he warned.

“If we don’t get any L/Cs we’ll have to stop production within two months”, Raied said. Normally, he explained, the company held six months’ worth of stocks – milk power, packaging and other essentials – but at the moment, because it had not been able to obtain L/Cs, stocks were down to three months at most.

With around 1,000 employees, Al-Naseem currently produces daily two million cups of yoghurt and 300,000 litres of laban, both part of Libyans’ staple diet. Were Al-Nassem to stop production of both, it would have almost as shocking an effect on the daily lives of ordinary Libyans as the power cuts they have had to endure.

However, Raied explained that even amid the present chaos in Libya, the company was dispatching its products throughout the entire country, from Kufra to Zuwara, and was looking to increase sales even further. The Misrata-based company had also recently appointed agents in Zintan and Bani Walid, Misrata’s two most bitter opponents.

Al-Naseem was also trying to keep prices down, Raeid said. The price a couple of years ago of yoghurt was four cups for a dinar. Now it was three cups for dinar but this was because the price of milk powder had almost doubled internationally, from $2,000 a tonne to $3,800.