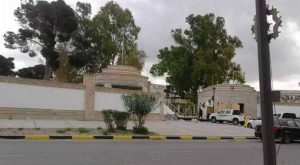 Pro-Presidency Council militias have ousted fighters backing Khalifa Ghwell, leader of the resurrected National Salvation Government from their base in Tripoli’s Rixos hotel and its surrounding buildings early this morning.

Haitham Tajouri’s Tripoli Revolutionaries Brigade joined forces with Abdul Ghani Al-Kikli, also known as Ghneiwa, to retake control, according to the Tripoli operations’ room. Ghneiwa’s Abu Sleem Central Security Force is now reported to be protecting the hotel, which was seized by Ghwell last October in an attempted coup rejecting the PC and the UNSMIL-brokered Libyan Political Agreement.

Ghwell’s fighters are largely Misratan but also some Amazighs and Tripolitans. This led to allegations that Tajouri’s forces have deliberately targeted the homes of those originally from Misrata, something the TRB have denied. 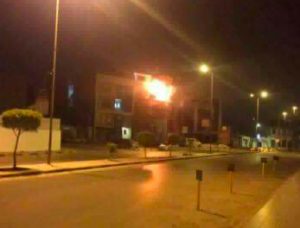 Al-Nabaa TV was also caught up in the clashes and was set on fire yesterday evening, possibly after being hit by RPG fire. It was off-air for a number of hours this morning. It is not clear who attacked the building. Nabaa is widely believed to be controlled by Abdulhakim Belhaj. Last April, the station was targeted by a group of gunmen who forced it off air.

A 14–year-old girl, named locally as Shefa Mohamed Dreera, was killed at dawn when a shell smashed into her bedroom. Tripoli’s municipal council has also closed all schools to protect its youngsters from any further harm.

Heavy artillery and tanks were still of the streets this morning. After the fire last night in the children’s ward of Hadba hospital caused by the fighting the management this morning said all the children were now being moved to the Tripoli Medical Centre.

Meanwhile, PC head Faiez Serraj and his foreign minister Mohamed Siala have postponed a visit, planned for today, to Khartoum because of the intense fighting battering Tripoli. Sudan’s foreign minister, Ibrahim Ghandour, said he had received a phone call from Siala apologising for the delay.

Both sides had intended to sign a political agreement to form a consultation committee between the two foreign ministries.