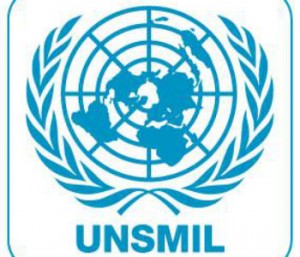 Civilians continue to pay a high price for the fighting between militias. UNSMIL’s civilian casualty count for February records  that four people including two children were killed and eleven were injured by gunfire, shelling or explosions.

The UN agency, which each month stresses that its list is based only on confirmed deaths and injuries, said that it knew of two deaths in Tripoli, including a child killed in the Abu Sleem fighting four days ago. In Zuwara a young boy died when the vehicle in which he was travelling was fired on when it failed to stop at a checkpoint.

UNSMIL listed no civilian deaths in Benghazi but recorded that two men and a women had been injured by explosive devices and a nurse at work in Benghazi Medical Centre had been beaten up by a group of armed men.

Under ‘Other casualties’  UNSMIL noted the shooting dead of a man captured in fighting between Warshefana and Janzour and the bodies of 74 migrants washed ashore near Zuwara.

There had also been 15 bodies discovered by the Libyan National Army in Benghazi’s Ganfouda district and yesterday the death by shelling of four adults, including two foreigners surrounded in Ganfouda’s 12 Apartments complex.