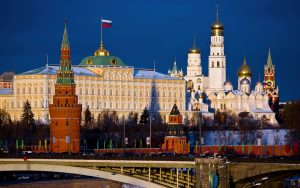 Russia is taking a pessimistic view of events in Libya, describing recent fighting in the Oil Crescent and Tripoli as “disturbing”.

The foreign ministry in Moscow said it continued to watch Libya closely. “Unfortunately, ” it said, “we have to state that the situation in the country is not improving. Lately, some events have occurred that cannot be described in any other way but disturbing.”

The foreign ministry noted that in early March tensions in the east had increased because of the Oil Crescent clashes.  “ As of now, “ it said, “the Libyan National Army led by Khalifa Hafter has restored control over these territories.”

The statement then added somewhat oddly that these “dramatic events” had brought the country’s oil infrastructure to “a standstill” but went on to say that production had dropped 14 percent to 600,000 bpd.

In its view this would “inevitably affect the country’s budget and therefore aggravate the economic and social crisis.”

Moscow also noted that fighting in Tripoli had escalated in a number of districts, particularly close to government offices, causing death and destruction among civilians.

It said that: “Fierce battles continue between armed police groups loyal to Khalifa Al-Ghwell, former leader of the National Salvation Government and the so-called Tripoli Revolutionary Brigades supporting the Presidency Council and the Government of National Accord led by Faiez Al-Sarraj. Reportedly, the battles involved heavy artillery.”

It strongly urged all the conflicting Libyan parties to show restraint. It insisted that any disputes should  be resolved by inclusive negotiations and constructive dialogue.