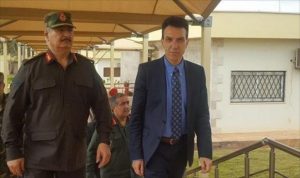 An Italian air force C-130 aircraft with 16 seriously-wounded LNA fighters on board landed this evening at Pratica di Mare airbase near Rome. It was seen off this afternoon from Benghazi’s Benina airbase by Italian ambassador Giuseppe Perrone who earlier held talks with HoR president Ageela Saleh and Field Marshal Khalifa Hafter.

The wounded, who were taken to Celio military hospital in Rome, comprise are the second batch of fighters seriously injured in fighting against militants in the city to be taken to Italy. The first batch left on 16 March. Prior to their departure today Ambassador Perrone met some of the war wounded in hospital in Benghazi.

Earlier, in separate meetings, he had discussions with Ageela Saleh together with boycotting Presidency Council member Ali Gatrani and a number of HoR members in Guba where Saleh lives and then at the LNA’s Rajmah headquarters near Benina with Hafter. 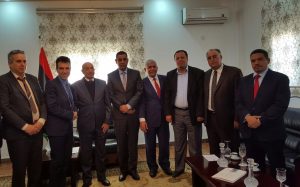 According to the pro-HoR offices in Beida of the Libyan news agency LANA, the discussions with Saleh focussed on the HoR’s involvement in the dialogue on Libya’s political future.

Details of the talks with Hafter have not been disclosed. 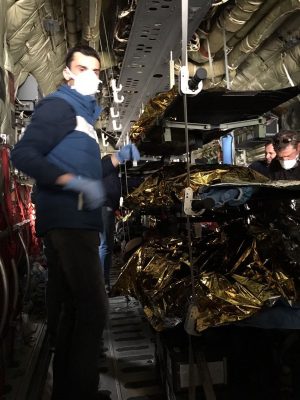