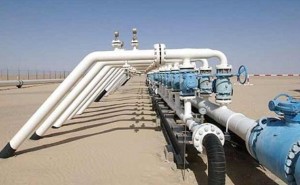 A group in the eastern Libyan oilfields has threatened to stop the oil supply to the export terminals. Calling itself the “Supreme Council for Oil, Gas and Water resources in the Oases and the [Sirte] Basin”, the group objects to income from eastern oil sold through eastern terminals going to the central Bank in Tripoli and being made available to the Presidency Council (PC).

Describing the PC as unconstitutional and criticising the Arab League for “marginalising” the House of Representatives (HoR) at last month’s Arab Summit in Jordan, the group said it fully backed the HoR, the Libyan National Army (LNA) and the interim government in Beida.

According to a source in Tobruk, the group particularly resents the deal between the NOC and Anglo-Swiss commodity-trading group Glencore. Extended in February, the deal allows Glencore to sell some 230,000 b/d daily of oil from the Sarir and Messla oilfields. The Sarir field, which was producing some 260,000 b/d prior to the revolution was down to 100,000 b/d last year, while the Messla field output was at 70,000 b/d. Together, though, they account for over a quarter of current production and any blockage would be a major blow to NOC production plans.

Whether the group, which claims to represent the oil industry in Zilla, Marada, Jalu, Jakharra, Tazerbu and Kufra, can block the pipelines is being questioned, however.

One former member of the Petroleum Facilities Guard at Sarir told the Libya Herald that it “is not significant”. It represented residents in a number of oil towns, he noted, but had almost no support in the southern towns of Tazerbu and Kufra. Despite the official takeover by the LNA, most of the oil fields, he added, were still controlled by militias from Kufra or Ajdabiya. These, he believed, would not allow the pipelines to be blocked.