Algerian nurse kidnapped in Misrata, family fears by IS 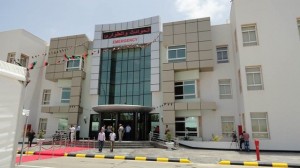 The family of a 24 year-old Algerian nurse working in Misrata fear that she has been abducted by IS terrorists.

The nurse, named only as “Samia” was reportedly seized four days ago on her way work at the city’s teaching hospital.  The family say that CCTV pictures show she was surrounded by a group of people, among them a woman, before being bundled into a black car and driven away.

The family from Barbar in eastern Algeria said the nurse had been working in Libya for two years.  The Algerian newspaper Al-Khober reported that the government in Algiers has appealed to the Government of National Accord (GNA) in Tripoli to help secure the young woman’s early release.

The paper reported that the family believed she had been seized by terrorist from the so-called Islamic State but gave no reasons for their suspicion.