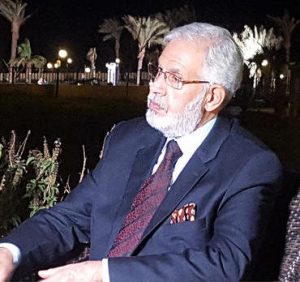 Presidency Council / Government of National Accord (PC/GNA) foreign minister Mohamed Siala has admitted that Libya had received ‘‘international requests’’ to carry out ‘‘military strikes within Libya against militias’’ engaged in smuggling illegal migrants.

But Libya had refused, he stated.

Siala was speaking in London today during the recording of the BBC Media Action’s Hiwar Mushtarak (Joint Debate) programme for the BBC Arabic service. The episode, which follows a Question Time format of panelists answering a live-recorded studio audience, was debating the issue of Libya’s illegal migration.

The foreign minister, who was one of the panelists, conceded that Libyan militias were behind the illegal migration trade and that the international community knew exactly who they were and where they were based.

They also knew their Thuraya satellite phones and listened to their calls. However, he said that Libya had ‘‘refused’’ to grant international requests to strike at them within Libya in order to ‘‘save any further Libyan bloodshed’’.

Answering a number of searching questions from a majority-Libyan audience, Siala insisted that Libya ‘‘would not be Europe’s policeman”. Europe had “to accept its responsibilities. Libya must not defend Europe’s borders’’. He also suggested that Europe, rather than Libya, should pay for the proposed sophisticated electronic southern border security system.

Under continued audience pressure, Siala also conceded that if Libya failed to stem the flow of illegal migrants crossing the Mediterranean, the Europeans would try to intercept them in Libyan waters and return them to Libya. They also wanted to establish new migrant holding centres within Libya under the proposed and contentious Memorandum of Understanding signed with Italy in February, he said.

The MoU has been challenged in Libyan courts which precluded Siala from commenting too deeply about its specifics. However, the Serraj-led PC/GNA had refuted that the MoU had included the establishment of more migrant camps within Libya.

Siala said that Libya’s ‘‘lack of accord and political consensus was the cause of its illegal migration problem’’. This was preventing law and order and security and border control.

‘‘There is no magic solution to the problem of illegal migration. Libya must be allowed to solve its own internal problems without continued external interference’’, he concluded.