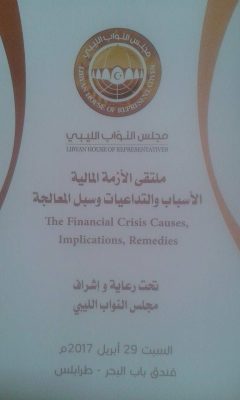 A number of members of the House of Representatives will meet with Faiez Serraj and members of his Presidency Council / Government of National Accord in Tripoli tomorrow Saturday, a GNA source has informed Libya Herald.

It is believed that this would be the first formal meeting in Tripoli between the two bodies. The meeting is planned to discuss Libya’s financial crisis, its causes, implications and remedies.

The head of the Tripoli-based Audit Bureau and the Tripoli-based Administrative Control Authority will also be present. There was no mention of the Central Bank of Libya attending the meeting which is scheduled to take place at the Bab Al-Bahr hotel.

No further details were available, but the fact that the meeting is to be held in this particular hotel indicates that the HoR members are probably those who had been boycotters of the Tobruk meetings. They have been using this hotel as their Tripoli base. These include many members from western Libya.

Sunday as well as Monday a public holiday through Libya