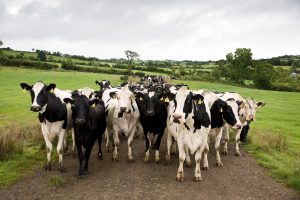 Some 1,850 Irish cattle are being imported into Libya this month. The deal is with Supreme Livestock, an Irish company with a strong reputation for cattle exports in the MENA region, the Irish Independent reported.

The trade with Libya did not resume until 2012. In December 2014, Irish company Viastar sent around 2,500 cattle to Libya.

There are hopes that the news deal will lead to further sales, but this will depend on the price.

“This is good news for farmers because we’re taking all types of bulls. We want Friesians of 300-400kgs, Hereford and Angus of 400-500kg and Continentals of 450-550kg,” Patsy McCabe, one of the owners, was quoted as saying.