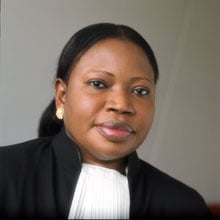 The Zintan Military Council has rejected claims by the International Criminal Court (ICC) that it is now holding Saif Al-Islam Qaddafi and that he recently survived an assassination attempt.

They described the allegations by ICC chief prosecutor Fatou Bensouda as “completely false”.

The comments from the military council came after Bensouda told the UN Security Council she had received unconfirmed reports that someone had tried to kill Qaddafi’s son. She also said that her office had received reliable information that Saif had been handed over to the town’s military council by Al-Ajmal Al-Atiri, commander of Zintan’s Abubakr Al-Siddiq battalion who first seized him as he tried to flee across the desert in 2011.

There have been rumours, denied angrily in Zintan, that Saif had in fact been released. It was also said that he had simply been moved to a different place of detention.

Apart from a one-minute TV interview in 2013 Saif has only been seen in a Zintan courtroom when he was charged with trying to escape and in 2014 by video link to Tripoli’s Hadba prison at the start of his trial along with 37 other top regime figures. In July 2015, he was one of eight of those defendants found guilty and sentenced to death by the court.

The UN has condemned the trial as unsatisfactory while Bensouda and the ICC have continued to demand that Saif should be handed over to the court in the Hague in answer to a warrant issued for him in 2011. At the time, warrants were also issued for his father and Qaddafi’s security supremo Abdullah Senussi, who was also sentenced to death by the Tripoli court. Both Saif and Senussi were accused by the ICC of war crimes and crimes against humanity.

Bensouda has a difficult circle to square with the ICC’s contradictory treatment of Saif and Senussi. While it has always insisted that Saif would not receive a fair trial in Libya, Bensouda turned down motions from Senussi’s legal team in the Hague, that he also could not get a proper hearing in Libya. In the event an UNSMIL report this February, written with the UN’s Human Rights Commission, acknowledged that all the Tripoli prosecutions, including that of Senussi, were flawed.

Bensouda admitted to the Security Council on Tuesday “the trial fell short of international fair trial standards”. She said that as a result of the report, her office was considering whether “new facts” had emerged which would negate the decision by the ICC’s Pre-Trial Chamber to refuse to press ahead with its own case against Senussi and leave it to a Libyan courtroom.

Bensouda also announced she is considering launching an investigation into crimes committed against migrants. She insisted, “my office has not abandoned Libya”.

She told the Security Council: “I am deeply alarmed that thousands of vulnerable migrants are being held in inhumane conditions. Crimes of killings, rape and torture are alleged to be commonplace.… The situation is unacceptable. My office continues to collect and analyse information relating to serious and widespread crimes allegedly committed against migrants attempting to transit through Libya,” she added.

Bensouda also spoke of the fourth Qaddafi-era arrest warrant just unsealed by the ICC after being kept secret since 2011. It names Mohamed Khaled Al-Tuhamy, the head of the old regime’s internal security.

“We hope to enhance the chances of having him apprehended,” Bensouda said adding that some sources suggested Tuhamy could still be in Libya.