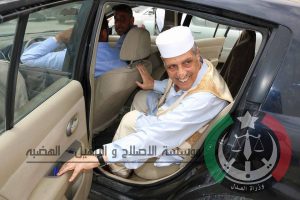 Abdul Majid Al-Gaoud, who was secretary of the General People’s Committee (in effect prime minister) from 1994 to 1997, was relased from Tripoli’s Hadba prison yesterday. He was met by family and taken home.

Gaoud, born in 194, also served the Qaddafi regime for several years as secretary for agriculture both before and after become prime minister.