OilLibya signs up with Ecobank for forecourt banking services 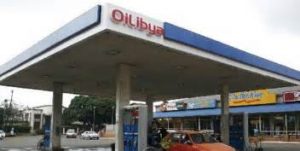 OilLibya, the Pan-African downstream oil and gas company has announced it is linking with Ecobank, the Pan-African banking group which will provide sophisticated ATMs at its service stations.

OilLibya runs retail and wholesale operations in 18 African countries. It is revamping its forecourt operations to include convenience stores, said CEO Ibrahim Bugaighis.

His Ecobank opposite number Ade Ayeyemi said that his bank was going to be part of the OilLibya changes by offering digital banking services at its petrol stations.

Ecobank is present in 36 African countries. However, it has no operation in Libya and a spokesman told the Libya Herald that there were therefore no plans to roll out its services in the country. Ecobank, founded 23 years ago in West Africa, has vowed to have 100 million customer within the next three years