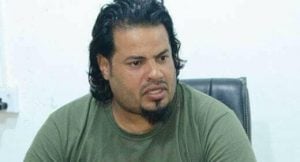 Fadl Al-Hassi, the Saiqa Special Forces head of investigations, was killed in a landmine explosion in Benghazi yesterday afternoon.

He was carrying out an inspection at the Suq Al-Arab in a liberated part of Sabri when he stepped on the mine. He died instantly.

Married with three children, Hassi had been one of the top commanders within Saiqa for the past three years. Earlier this month he was given the additional new position of commander of Benghazi’s central downtown district, around the Omar Mukhtar Mausoleum Square.

Offering its condolences to his family and referring to him as a martyr, Saiqa described Hassi as “one of the most prominent leaders” to have sacrificed his life to rid Libya of terrorist groups. 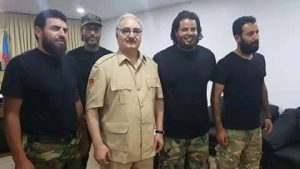