Op-Ed: The Fight Against Terrorism Is Indivisible 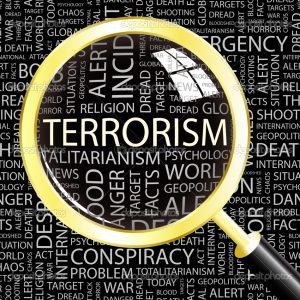 In Afghanistan, late 1970s, was the beginning. It was a US project, funded by the Gulf oil states, fueled by a harsh fundamentalist strain of Sunni Islam, prevalent in Saudi Arabia and Gulf states but alien to North Africa. Thousands of young Muslims were recruited from around the world under the banner of jihad against the infidels. The Soviet Union was defeated leaving behind thousands of well trained and battle-hardened fighters. They returned to their home countries or travelled elsewhere, picking up new causes.

In the face of persecution by state authorities, many fled their countries and found sanctuary in the West. Most, I expect, never abandoned their mission or fundamentally modified their world view.

There was no shortage of continued financing, agitation and prodding by extremist quarters of the religious establishment. Injustice, rampant corruption and high unemployment were pointing to inevitable upheaval; the Afghan veterans and their recruits had an additional and convenient cause to their professed goal of establishing a new Caliphate or, more modestly, the implementation sharia law in their home countries.

A simplistic narrative based on “They hate us.” and the “mother of all bombs” will not defeat terrorism. The task requires a complex multi-faceted strategy: political, ideological, cultural and economic over and above the security aspect. Only Arab and Muslim countries are capable of devising and implementing the critical components of such a strategy. Do these countries have the will and determination to do so? Cutting off financing and putting an end to the propagation of propaganda and radicalization material through the media would constitute the first pre-requisites for a commitment in this regard. Not all will pass the test.

Terrorism in Europe, with an increasingly significant home-grown component, requires distinctly European approaches that would necessarily address foreign policy issues and the conditions for military intervention. A positive aspect in this regard is that the democratic liberal societies of Europe – and North America – will provide a suitable environment for the free scholarly pursuit of renewal needed to counter the calcified extremist ideology nurturing radicalization throughout the Muslim world.

Islamist parties in Libya, unlike those in Egypt and Tunisia, fared badly in the three national elections held since 2011. Yet, Western governments have been pressing for a solution based on a power sharing arrangement designed to give political Islam, certain factions of which cannot remotely be described as moderate, a dominant position out of proportion to its electoral performance. The failure of this approach has led to fragmentation in the drive against terrorism in Libya and to further hardship, bloodshed and suffering by its people.

The Manchester abhorrent atrocity this week, with its UK-Libya link, should serve as a wake-up call. The fight against terrorism is indivisible. Terrorism cannot be eradicated in one place while being nurtured or tolerated for political ends, in others.

Nureddin Tulti, lives in Tripoli but is originally from the eastern city of Derna which has suffered greatly from extremism and terror. He is a writer and telecommunications engineer. He has held a number of executive positions including Under-Secretary at the Secretariat of Industry, Chairman of the Electronics Industries Authority and the National Communications Company and was Country General Manager for AECOM Libya.

The views expressed in this opinion piece do not necessarily represent those of Libya Herald.