Turkey urges for ceasefire and peace in Tripoli

The Turkish embassy in Tripoli, has called for an end to the violence seen in the capital on Friday and Saturday and for a ceasefire throughout Libya. Expressing concern, it said such hostilities would damage the security and stability of both the country and the city.

The only way to settle differences of opinion was through dialogue, it insisted. There had to be a rapid reduction in the military escalation. It was at dangerous levels in parts of the country, it added.

Turkey is one of just two countries, the other being Italy, that have returned their embassies to Tripoli, believing that it is much safer then now than three years ago.

In general, it has avoided statements about the situation in the country, focussing instead on practical action.

Last week, it announced the delivery of 22 tons of medicines and medical supplies to Tripoli. Provided by the Turkish Red Crescent Society responding to specific requests by the Libyan authorities, it said the goods were to be distributed to hospitals in the city and elsewhere in the country. 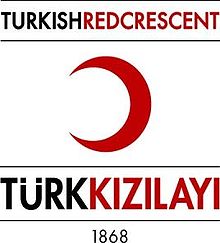 Turkey has in the past on several occasions supplied medical and humanitarian aid to Libya. On the eve of Ramadan in 2015, its IHH Humanitarian Relief Foundation sent food to displaced in Fezzan.

Ansar Al-Sharia says it is to disband, again