Italy to process Schengen visa applications in Tobruk from next month 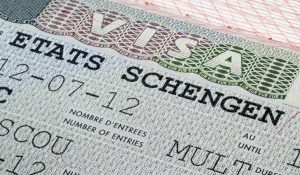 The Italian embassy is to start processing visa applications in Tobruk in 12 day’s time.

In a replay of its April announcement it used a post on its Twitter page to say it would be issuing the visas from 9 July and told people to “stay tuned” for further details.

The Libya Herald has been told that there would be no formal opening of a diplomatic mission in Tobruk. Italy already has an honorary consul in the town and there is also an office of the outsourcing company Almaviva who would collect visa requests.

The Italian consulate-general in Benghazi was closed temporarily in  January 2013 following a car bomb attack on the then consul-general, Guido de Sanctis in which no one was hurt.  Up until then, some 30 percent of all visa applications for Italy were handled in Benghazi.