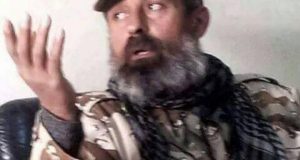 The head of the so-called Central Security Authority in Abu Sleem, Abdul-Ghani Al-Kikli (a.k.a. Ghneiwa), has announced that he intends to set up an office to deal with complaints from the general public. These will include thefts, seizure of public and private property.

The office will open next week and will initially deal with complaints relating to the Abu Sleem area but according to an announcement it is intended that it will gradually spread its remit to cover all of Tripoli.

The public will be able to take their complaints to the planned Abu Sleem office or contact it via the authority’s Facebook page.