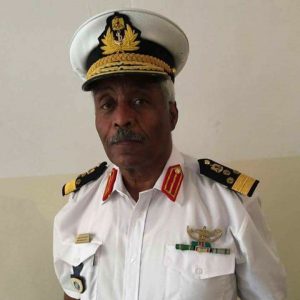 The head of the Libya navy that is part of the Libyan National Army headed by Field Marshal Khalifa Hafter has banned officers and ratings from wearing beards.

Commodore Faraj Al-Mahdawi Al-Tarhouni has said that anyone who has one will face a court martial.

A number of other countries, including Iraq, also ban the military from having beards.