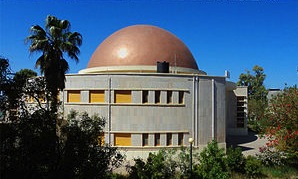 There was considerable confusion in Beida tonight after the Constitution Drafting Assembly (CDA) was recalled by its president to repeat a vote on the draft constitution that members thought they had already decided today.

There have been contradictory reports of what has  happened. One source has it that the document was agreed by 43 of the 44 members attending but another said that ten members refused to agree. The rules of the CDA state that every vote must be passed by a two-thirds majority. There should be 60 elected members but there are neither of the two Amazigh representatives because the Amazigh boycotted the elections in the first place and at least ten other members, mainly from the west, have boycotted proceedings for well over a year.

The key issue over which the Assembly has long been at odds is Article 110 of the draft and three clauses which set out the eligibility of presidential candidates. Section 2 of the article stipulates that no one can stand for the office if they have held dual nationality within the previous five years. Likewise, Section 8 says that no military rank can have been held by a candidate within the previous year and Section 9 insists that nobody can run for president if they have not lived in Libya for the previous ten years.

It is unclear if this is the provision over which CDA president Nouh Abdul Saied Abdulallah has recalled members tomorrow. In a brief note this evening, Abdulallah said that he was calling for the vote to be taken again “because of popular demand”. He told members to be back at the old parliament building in Beida at 10 am sharp and warned that those who did not come would be subject to penalties.

However, the only popular demand expressed today was by a group of noisy demonstrators outside the building. A CDA official has denied reports that they broke into the building and seized some members including Abdulallah.

It is understood that the ten dissident members, who it appears may have boycotted  the assembly today, are protesting at the inclusion of Article 110.

As and when the CDA produces an agreed constitution, it must be put to a referendum. If agreed, elections to the proposed Senate and House of Representatives must take place with 180 days.

If the document is finalised in the near future, then the referendum would seem to be in danger of clashing with the proposed presidential and parliamentary elections early next year. Indeed were the new constitution to be approved in the referendum, whenever that might be held, then fresh elections would need to take place within six months.