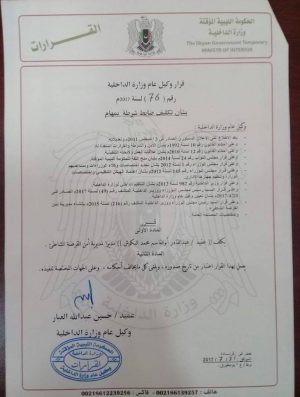 The area is reported to contain significant numbers of Islamic State sympathisers and other militants, and security is problem.

In February, some 60 prisoners, many of them reportedly Islamists, managed to break out of the local police prison. Local officials, too, say that one of the top commanders of Al-Qaeda in the Islamic Maghreb (AQIM), Abdulrahman Talha, was living in the areas, certainly until the end of last year.

The area is now largely under the control of forces linked to the Libyan National Army.