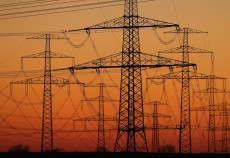 While power has now been restored to much of the west and south of the country, GECOL said today there has been a complete blackout in the east.

From noon until 6 pm today electricity was cut to an area extending from Sirte to Tobruk and the sparsely populated south-eastern regions which GECOL described as a “complete” collapse of the eastern and south-eastern grids.

The state electricity monopoly insisted it was a temporary problem  and that normal service had resumed.

It is reported that eastern Libya received emergency power from Egypt, which is linked to the Libyan grid and has supplied power in the past, principally after the Revolution. It was not possible to confirm this.

GECOL once again urged residents, businesses and local  authorities to reduce their energy consumption to assist the swift and secure stabilisation of the local grid.

It blamed a major part of the problems in the east on a technical malfunction at the 2.2MW Tamimi power plant at noon today.

Yesterday, Presidency Council head Faiez Serraj called in the GECOL president Abdul Majid Hamza to demand what had caused the issues in the west and south. It was the largest country-wide blackout since January and has made life extremely difficult as temperatures soured above 40 degrees across Libya.