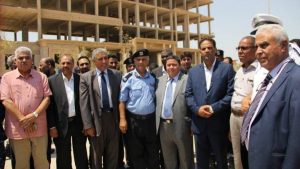 The country’s Supreme Judicial Council yesterday met for one if its regular monthly meetings in Benghazi. It also travelled to Ajdabiya and Zueitina.

In Ajdabiya, the council delegation which included the attorney general and the head of Benghazi’s appeal court inspected the planned new local court complex and the pubic prosecutor’s offices.

The council has also visited the appeal courts in Benghazi, Beida and Tobruk in recent days. The aim has been to demonstrate that whatever the political and military divisions in the country, the judicial system remains united.