A miserable summer in Tripoli 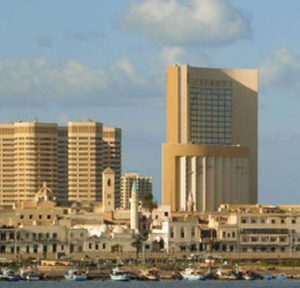 There seems to be no end in sight to the strife residents of Tripoli have experienced since the revolution in 2011, and this summer has proved to be one of the toughest to date.

With temperatures in the upper 30s and sometimes in the mid 40s, the severe shortage of all basic amenities has made life almost impossible. There have been days without water, although thankfully for the moment that is over. The Man Made River (MMR) company started to pump slowly again for homes in central Tripoli after six days of no water.

What is not over are the electricity cuts. Outages have lasted between 14 to 20 hours a day, despite General Electricity of Libya (GECOL) saying they are only between five to ten hours daily. On top of this. there has been a fuel crisis with long queues at petrol stations as a result of panic because of militants in Zawia threatening to cut of fuel supplies to the capital.

In the heat of the day, without electricity to power the air conditioners, or at night to light up homes and shops or watch television, it is one big misery – and that is quite apart from the kidnappings, the crimes, and the dangers of going out at night.

The power and water crises have brought some much life in the city to a standstill. In the usually vibrant coffee shops, without electricity the coffee machines do not work unless there are standby generators. Many shops and homes have them, but far from all, and prices have rocketed – as have all prices – but there is no money in the banks.

The shortages have caused the price of food and water to rise significantly. Bottled water has doubled in price. But with the power cuts, keeping food is now a problem. “The food which we just bought is now rotting in the fridge,” complained Tripoli housewife Souad.

Without the electricity too, mobile phones and the internet are usually not working either because the relay stations have no power. So the other joy of Tripolitans – talking incessantly on the phone – is severely curtainled.

“I stay in bed and sleep all day now,” Reida, a Fashloum resident, told the Libya Herald. “Even if I could get money from the bank, I can’t afford a generator to switch on the airconditioner. There is no work, so what’s the point of getting up?”

Similar despair came from Ahmed, a teacher: “We’re living in the middle of nowhere now. This isn’t a civilised country anymore. And no one cares about us.”

The lack of running water has been a particular nightmare for local residents. Many, particularly women, felt unable to go to work in recent days because of the crisis. “I can’t go to work without having a shower or even putting some water on my body,” a women who is a secretary said.

The crisis is worse in the city centre. At least, in the outer suburbs, most homes had their own wells because they were not connected to the MMR water network, and a place for a generator.

The city is caught in a vicious circle. The heat has triggered the crisis: people put on the airconditioners, resulting in a surge in power consumption. It leads to overload and the electricity system collapses. Equipment at the substation in Tarhouna was burnt out this week as a result. It is also reported that the Ruwais power station in the Jebel Nafusa had to stop production because of overload. Faced with the crisis, electricity company GECOL has told people to cut usage so as to keep the system going. But while everyone understands the immediate reason for the power crisis, and many are making efforts, they blame the Presidency Council (PC) for doing nothing about the power needs.

The PC leader Faiez Serraj and the other members knew that there would be a crisis this summer, they point out. There was a power crisis last summer for the same reason as now. There was another in the winter as people switched on the heaters. But, they complain angrily, it is only now that the PC is trying to entice the South Korean construction companies back to finish the Sirte and Tripoli West power station projects.

“These b****rd politicians who ally with militiamen and other vicious officials, are vampires sucking our blood and killing us slowly every day,” one resident told this newspaper.

The situation has become so intolerable that some residents now look back nostalgically to the days under Qaddafi’s rule.

“The revolution was a disaster for us and has brought nothing but destruction. I cry out for it to be like it was under Qaddafi, if only for just one single day”, another resident said.

He is not alone. Such talk is heard increasingly.  In the hot, miserable summer, contempt for the PC is almost universal  in the city while sympathy, not for Khalifa Hafter in the east, but for the former regime is clearly spreading fast.