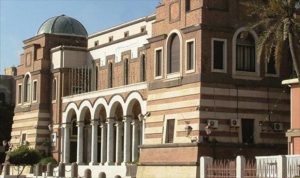 In the past three years, disruption to Libya’s oil production has cost the country $160 billion, the Central Bank of Libya (CBL) said today. That is almost $9,000 per head per year for every one of the country’s six million people.

As renewed pipeline blockades this week  saw oil output plunge by 360,000 barrels per day, the CBL took the opportunity to point out that the country’s gross national product (GNP) had collapsed from LD112 billion to just LD19 billion this year.

The CBL and its chief Sadek Elkabir have long been in conflict with the Presidency Council (PC) and its head Faiez Serraj. The CBL holds the national purse strings and has resisted some of the PC’s spending plans.

However, the recent loss of more than a third of Libyan oil production has prompted the CBL to warn of the serious effect this will have on public finances.  It has said that the pipeline closures would increase the suffering of ordinary Libyans.  It has warned that the new crisis would also push it to take acton that would put more pressure on spending.

Without the approval of the PC it is unlikely that the CBL would be able to abandon the current fixed exchange rate and thus overnight destroy the arbitrage that has fuelled everything from fuel smuggling to phoney Letters of Credit.

As one diplomat said recently to the Libya Herald: “There are too many powerful people in Libya making a fortune from the country’s failure to allow any real change in the direction of recovery and success” a view endorsed by the new UNSMIL chief Ghassan Salamé.