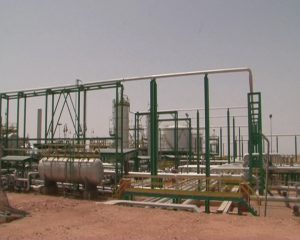 There are reports that the valves on the pipeline from Libya’s all-important Sharara oil field in the south west of the country to the terminal at Zawia have been reopened, although production at the field has not yet restarted.

There is, however, no confirmation from the National Oil Corporation (NOC).

The valves were closed two and a half weeks ago by the same Zintani armed group led by Ashraf Al-Gurj that has closed them on previous occasions. This time, Gurj claimed that more investment was needed by the NOC in Zintan although it was rumoured that the real reason was that he wanted to force the authorities to release his cousin held in Tripoli on suspicion of smuggling. According to the NOC, the closure meant that it was losing 283,000 barrels of oil in production daily.

Gurj also forced the closure of the Fil and Hamada fields, cutting national production by a further 78,000 b/d. These are also reported to have  reopened after intervention by elders and political leaders in Zintan who condemned Gurj’s action.

Prior to the shutdown, NOC had managed to raise output to around 1 million barrels a day.