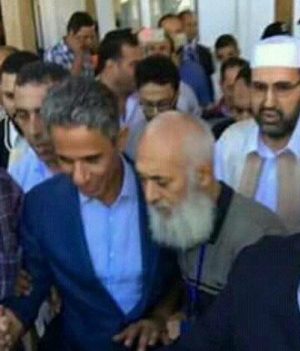 It is reported that one of Baset Igtet’s security advisers died in a shooting incident just hours after he was with Igtet yesterday.

The man, named as Bashir Garira, is said to have died after being shot outside his home this morning in Suq Al-Juma.

Yesterday he was photographed as part of the welcoming group for Igtet on his arrival at Mitiga airport from Tunis.

The family say that he was killed while he was cleaning his gun. There are other claims, however, that he was followed home and shot, although no reasons have been given as to why anyone would want to kill him.