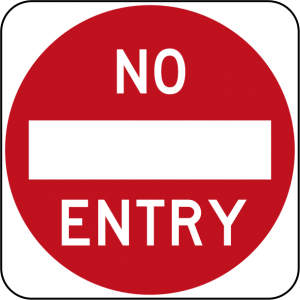 The Trump travel ban has been renewed. The US president said tonight that until the Libyan government, along with those of seven other countries, deals with “identified inadequacies, its citizens are now subject to an indefinite travel ban to the United States.

Although president Donald Trump’s renewed block has more exceptions than his March executive order, which expired tonight after 90 days, it remains the case Libyans cannot emigrate to the US and will be barred from travelling there for work, study or holidays.

The new ban come into force on 18 October. It applies to citizens from Libya, Chad, Iran, Somalia, Syria, North Korea and the Yemen. It is unclear what will happen to any visa applicants from these countries between now and that date.

The Supreme Court, which in June had lifted lower court injunctions against the measure, where it was argued that it was anti-Muslim, is due to consider the case further on 10 October.

When the order was published late this evening, Trump said:  “As president, I must act to protect the security and interests of the United States and its people.”  He said the bans would stay in force until the countries affected “satisfactorily address the identified inadequacies”.

The international community, including the US, has credited Presidency Council (PC)  head Faiez Serraj with the success of the Misratan-led Bunyan Marsous operation to drive IS terrorists out of Sirte.  Moreover, in the normal course of events, it would have been expected that Serraj would have authorised Friday’s US airstrikes against IS terrorists south-east of Sirte, as indeed the more devastating attack in a similar area in January.

Yet the barrier to travel has as much to do with effective security and screening of passengers, as it does with fighting terrorists.  The only Libyan airport that, with the help of the EU Border Assistance Mission (EUBAM), had installed modern passenger screening systems was Tripoli international, but that was destroyed by Libya Dawn militias in 2014.