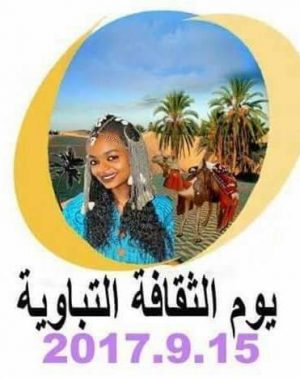 A three-day Tebu festival got under way yesterday at Benghazi’s Busco Park and the Libyan International University of Medical Sciences to mark Tebu Culture Day.

The day, which falls annually on 15 September is celebrated in a number of countries.

“The three-day event combines a number of cultural activities”, Abdullah Laban, the head of the Tebu Studies Centre normally based in Kufra, told the Libya Herald.

It was sponsored by the centre along with a number of other other Tebu NGOs and civic groups” he explained.

A collection of artefacts and photos were on show, as well as documents about Tebu and culture.

“There was a noticeable turnout on the first day, including the acting deputy mayor of Benghazi, the dean of Benghazi university and senior military officials,” Laban noted.

Tebu Culture Day has also been celebrated in Sebha and Kufra.