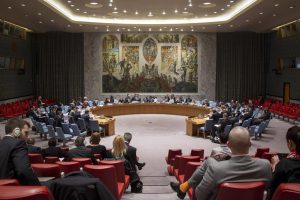 The UNSC’s endorsement yesterday came after Salamé set out his scheme at last month’s high-level meeting on Libya during the UN’s General Assembly.

Security Council members once again stressed that the Libyan Political Agreement (LPA) remained the only viable framework to end the political crisis. They said they considered that making the agreement work was the key to holding elections and completing the political transition.