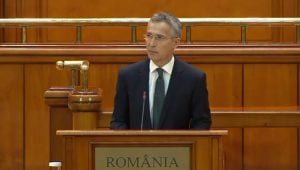 Russia should avoid intervening in Libya in the same way that it has in Syria, NATO secretary-general Jens Stoltenberg has warned.

Asked by a reporter after a NATO meeting in Bucharest if Russia might be seeking a second Mediterranean naval base as the price for its apparent support for Khalifa Hafter,  Stoltenberg said: “We have seen the effects of Russian presence in Syria, how that has created an even more difficult situation in Syria, and of course we have to avoid anything similar happening in Libya”.

He called on all actors, including Russia to get behind UN-led peace efforts and the UN-recognised Presidency Council (PC) to ensure that there was a peaceful solution to the conflict.

Stoltenberg said he had met PC head Faiez Serraj many times, most recently during the UN General Assembly in New York where they had discussed NATO’s support. Libya needed to build strong defence and security institutions with well-trained forces. Stoltenberg said the country should not end up with new militia groups undermining its stability.

“So we are planning to help them with building a modern ministry of defence” he said.

According to a recently published book* by an Italian academic, in terms of its Libyan policies, Italy has been abandoned by its fellow EU member states and should turn to Russia, with which it has common interests in Libya.

Michela Mercuri, a history professor at the University of Macerata, who lists her interests as Islamic fundamentalism, terrorism, history and geopolitics of the Mediterranean region, with particular reference to Libya. told the Russian news outlet Sputnik that she saw no viable way to stabilise Libya as none of the proposed solutions had received unanimous endorsement from European countries. 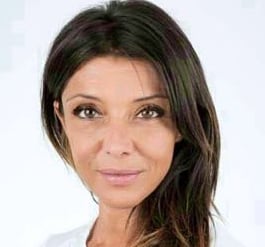 Mercuri said that even though Russia used to support Hafter, it was now acting as a go-between trying to bring the Libyan National Army (LNA) commander and Serraj together.

“Putin and Lavrov have met with both of them” she said adding,  “Russia could play a significant role in the Libyan crisis as a mediator and this is where Italy, abandoned by the other European countries, could work together with Russia to stabilise the situation. Besides, our two countries have shared interests in Libya where they are currently in talks with the country’s oil company NOC”.

*“The Unknown Libya. The Chronicle of an Undecided Country”