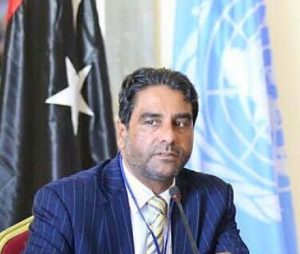 Efforts were being made today to bridge the divide between the House of Representatives (HoR) and State Council (SC) dialogue teams meeting in Tunis after the HoR side last night withdrew, accusing the SC of obstruction and bad faith.

As a result of the withdrawal, UN special envoy Ghassan Salamé suspended the proceedings until Wednesday.

Explaining his reasons for the pullout, HoR dialogue team leader Abdualslam Nasia has claimed that the SC were unwilling to resolve outstanding “controversial” issues and were trying to renegotiate matters that had already been agreed. According to one member of the HoR team, the SC now wants each of the proposed three-member Presidency Council to be in charge on a rotating three-monthly basis, plus a reduction in the powers of the HoR. The latter concerns the HoR’s exclusive right to pass a vote of confidence in the new government.

The SC is also alleged to have refused any changes to the controversial supplementary Article No. 8 of the Libyan Political Agreement on who gets to appoint top military, security and civil posts.

The HoR is now demanding that the SC put its demands in writing for the Wednesday meeting.  It accuses it of trying to promote itself into a parallel second chamber, equal in status to the HoR.

For its part, the SC team has vigorously denied the charges. It says it has not asked for any changes in what has already been agreed and that it is the HoR that is holding up progress. According to Mohamed Mazaib, the SC’s first deputy president, the dispute is about the mechanics of choosing members of the new PC and the prime minister, which had not previously been settled. While the HoR wants the PC head and a deputy chosen by it and the other deputy by the SC, the SC wants all three must to be chosen by both bodies acting in consensus.

It also says that if the HoR does not approve a proposed government after two votes, then it should be the new PC that decides.

UNSMIL moved to put a positive spin on the disruption yesterday saying that both sides had made “a strong push to advance the finalisation of the amendments to the Libyan Political Agreement” and that they had then reached “a pivotal moment when both sides came close to a clearer understanding of the selection-mechanism for the Presidency Council”.

It added: “The meeting was adjourned to give both sides the opportunity to consult with the Dialogue Committees of the House of Representatives and the High Council of State”.