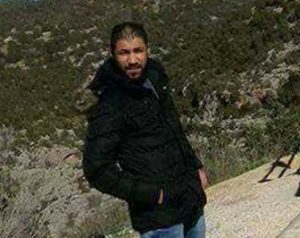 Armed men shot dead one man and injured six others as they robbed customers at a Benghazi restaurant.

In the attack today, a 28 year-old Egyptian Abdallah al-Shweihi who worked at the Hamdi restaurant in Gwarsha was shot dead.  It is reported that the gang seized phones, money and jewellery from customers and  staff. Two of the six people injured were shot in the legs when they tried to flee out of the back of the building. They were then also robbed.

The Egyptian Independent reported that the dead man was the sole supporter of his mother and family who lived in a village outside the Egyptian city of Mansoura. His mother said her son had refused to get married but had gone instead to Libya to earn money.  He had worked in Benghazi, then Tobruk and Beida before returning to Benghazi.

The family found out that Abdallah had been killed when a friend used the dead man’s Facebook page to send condolences them his condolences.