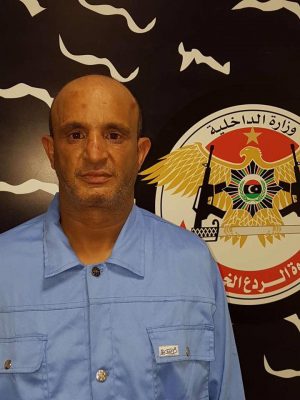 A year-long covert operation by Italian police has led to the busting of a multinational gang smuggling diesel worth at least $35 million from Zawia to Sicily from where it was sold on to the rest of Italy and elsewhere in Europe.

The Guardia di Finanza from Catania has issued warrants for the arrest of nine alleged members of the gang, one of whom, Fahmi Mousa Saleem Ben Khalifa, supposedly known as “The Boss”, has been held since August by the Rada (Deterrence) Force in Tripoli where he is also being questioned about migrant smuggling. Also charged by the Italians are two Maltese nationals, Darren and Gordon Debono and an Italian Nicolo Orazio Romeo who is said to have links with Santapaola-Ercolano Mafia clan. Another Libyan, named as Tareq Dardar, originally from Zuwara, is alleged to have been tasked with handling payments and laundering the money through foreign accounts controlled  by Ben Khalifa.

The Italian police used satellites and night-vision photography to record the smugglers transferring the fuel from a small vessel to a coastal tanker.  They followed over 30 different trips in which an estimated 80 million kilograms of diesel was smuggled.

According to Gazzettinonline the smugglers were netting a 60 percent profit on the fuel bought at subsidised prices in Libya. However, this overlooks the fact that much of the smuggled Libyan fuel is in fact stolen outright by armed Libyan militias. Gazzettinonline reported that the smuggled diesel was in fact low grade and normally used as bunkerage for ships. It appears to have been mixed with normal diesel before being sold.

The gang used a series of companies with false invoices to hide the origin of the smuggled fuel which some documents supposedly claimed came from Said Arabia.

The bust of this gang does not yet appear to have interdicted the fuel smuggling trade. The Libyan Coastguard yesterday reported that it had seized ten foreign crew of an unnamed tanker suspected of being involved in illegal fuel movements. Five Turks, three Georgians and two Indians are currently being questioned in Tripoli.