Beida CBL to issue one dinar coins minted in Russia 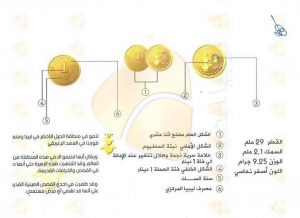 The Beida-based Central Bank of Libya is understood to have taken delivery today of a consignment of brand-new one dinar coins minted for it in Russia. This is the first time the modern dinar has been issued as a coin. 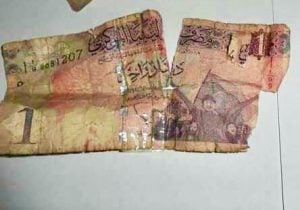 The majority of one dinar bank notes in circulation in the east of the country is now dirty and  tattered and often stuck together with transparent tape.

The eastern CBL has not said how many of the new coins have been sent from Moscow, which since May 2016 has been supplying it with a total of LD 4 billion of new banknotes.   The “Russian ” dinars are of a different design from the main Libyan banknotes and have not included any one dinar bills.

The CBL in Tripoli, after first rejecting these notes, later relented. It is not yet clear how they will react to the new coin.