Another adolescent suicide in Beida 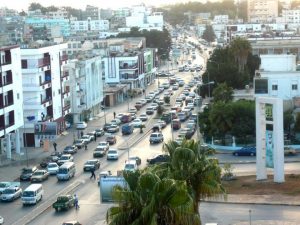 Beida where young people are taking their own lives (File photo)

Beida has been shocked by the suicide of yet another young person, this time a 14 year-old boy who, like so many of the 32 other such deaths that are known, took his life by hanging.

Suicide is generally a taboo subject. But this April  when a young woman in the first year of her English course at the town’s The Omar Mukhtar university hanged herself, it emerged that hers was the tenth suicide in just over a month.

The university closed for three days out of respect for the girl. Meanwhile, Abdullah Thinni’s interim government, which is based in the town, set up a commission to try and work out what was happening.  Speculation has ranged from online suicide grooming to demonic possession as the result of playing a game known as “Charlie Charlie”.  Also being considered is the possibility that as Libya’s conflicts showed no sign of ending, young people were succumbing to despair.

The commission has yet to publish any results. However, while it has  been investigating, the suicides  have continued, the oldest victim being a 32 year-old woman who hanged herself at the end of last month. The youngest person known to have taken their own life was an 11 year-old girl who jumped from the sixth floor of a building in the town.