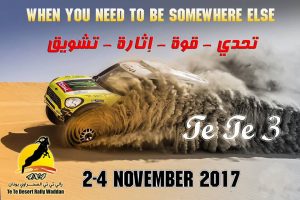 The third edition of the Waddan ‘‘TeTe’’ Desert Rally will be held from 2-4 November, organizers confirmed.

Speaking from Waddan, the rally’s Media Committee member Ali Omar told Libya Herald that the event will start from Waddan town centre, in the central Jufra region in Libya, about 250 km south of Sirte and 650 km south east from the capital Tripoli. The race ends about 25 km south of the desert town which has a population of around 28,000. 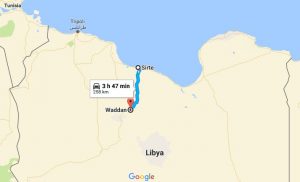 About 40 4-wheel drive vehicles and motorbikes will take part in the desert rally race across the sandy dunes, but another 300 vehicles and 600 hundred enthusiasts are expected to turn up, Omar added.

Omar said race participants this year were all Libyan but hoped that in the future international racers will participate. ‘‘Te Te’’ was the name of an old river in the region, Omar explained. 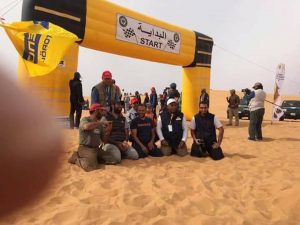 He stressed that accompanying the rally will be a variety of other cultural and sports events including poetry, traditional horse display, parachuting, kiting, sand dune skiing, a remote-control plane display, s-a-side football, and a dates and traditional food exhibition.